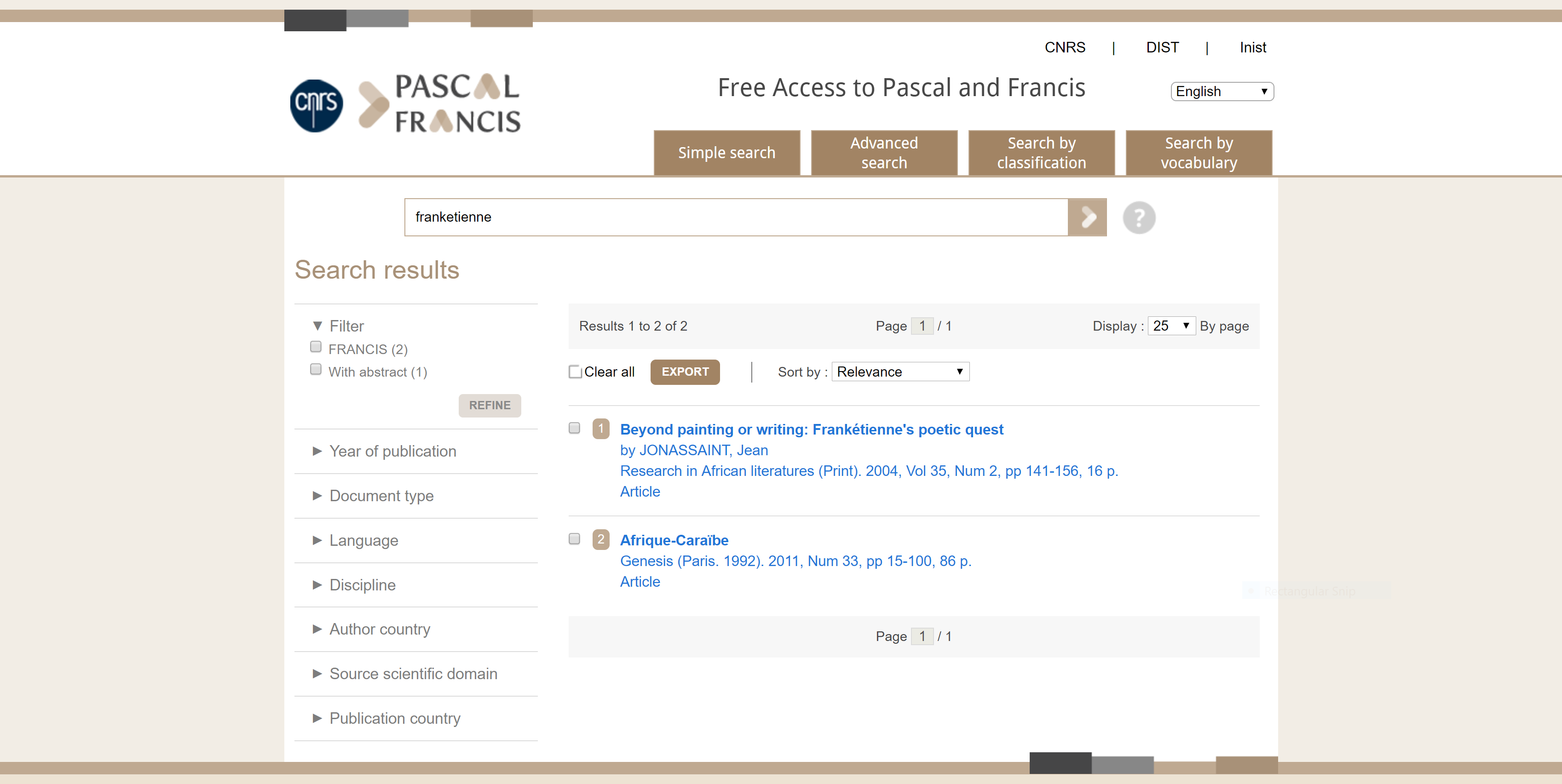 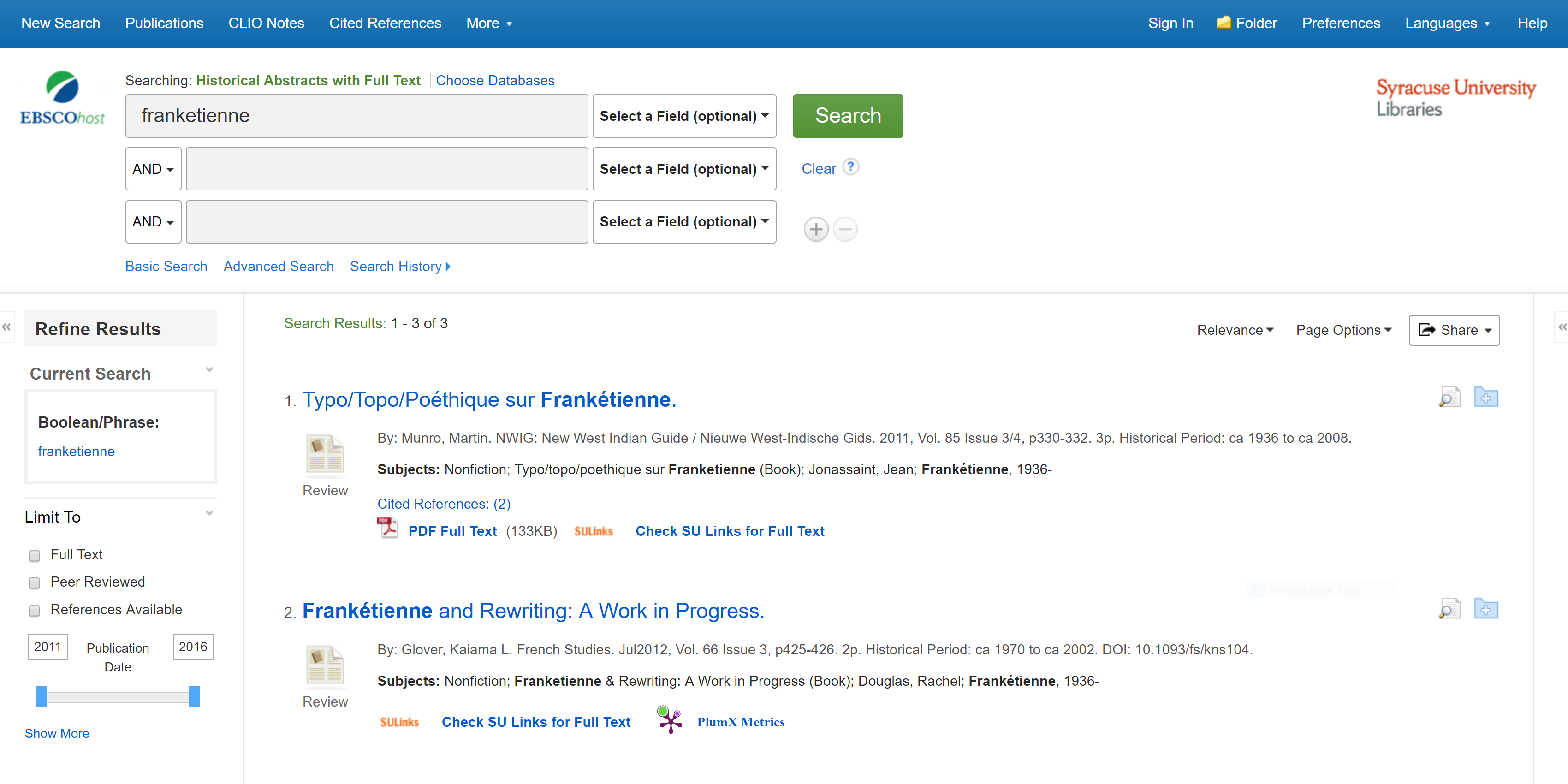 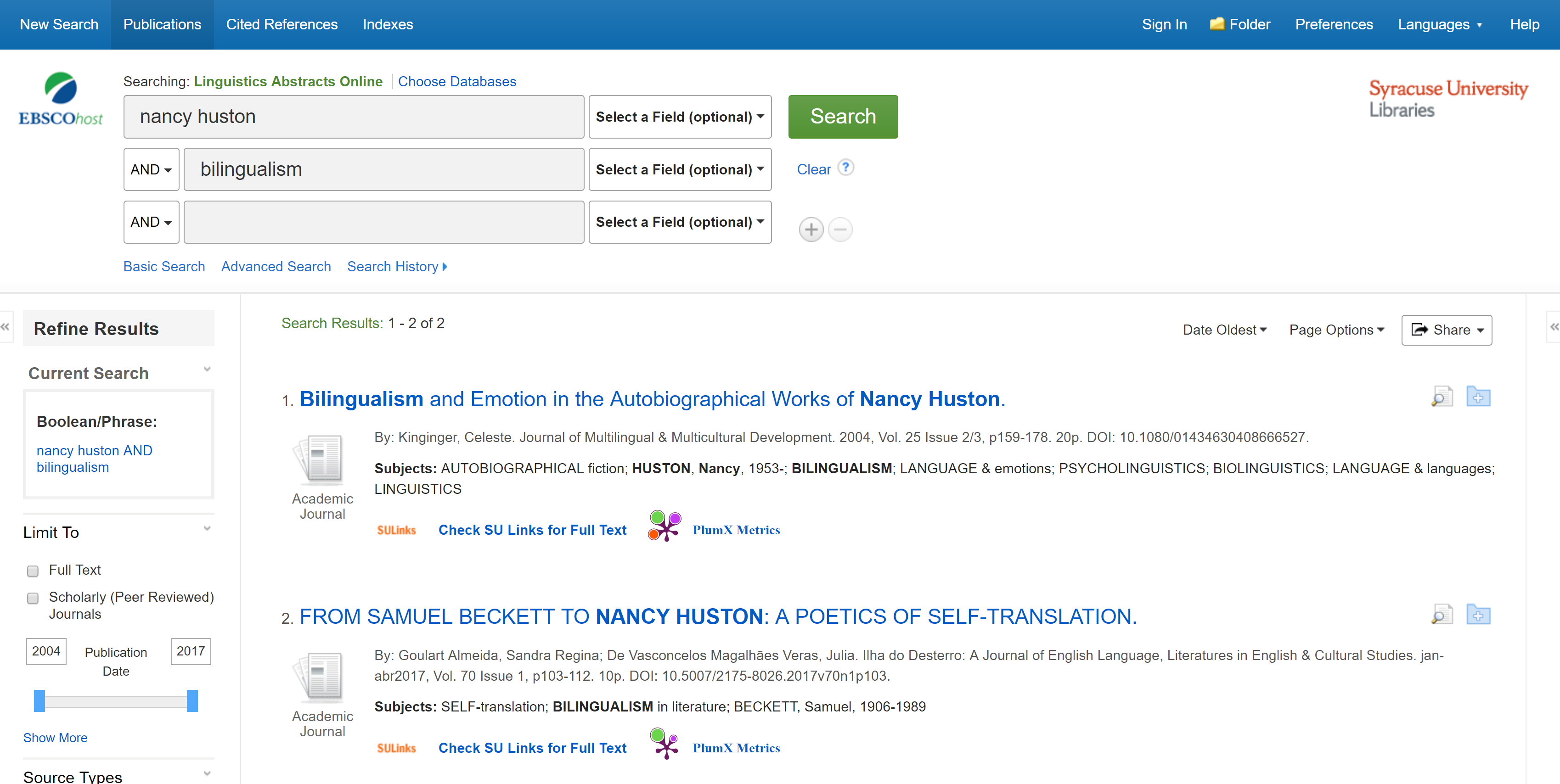 Familiarize yourself with your topic.  Be sure you are able to answer the following questions before beginning your research:

Review the database directory to the left and select the appropriate resources beginning with MLA. Searching additional databases will supplement and expand the content you are able to gather.

Consultation:
Please email or call Barbara Opar (baopar@syr.edu or 443-3518) if you are having trouble finding the right information for an assignment.  You can also schedule an appointment if you need help using electronic resources or for more in-depth assistance with a research project.
InterLibrary Loan:
While the Syracuse University Libraries have extensive holdings in the area of French language and literature, certain kinds of resources may be limited or unavailable. ILL is a service available to help students and faculty obtain books on loan from other academic libraries. Periodical articles are provided free of charge in photocopy or digital form. Click here for more information.
Storage Requests:
Syracuse University Libraries store certain older or lesser used materials off-site. The forms for delivery from Hawkins or the Warehouse are available on the Library's home page.  Deliveries take place only Monday through Friday. Bound periodicals are now located at the Facility. Delivery is available Sunday through Friday. For further details, see Delivery Services.