It is the study of overlapping or intersecting social identities and related systems of oppression, domination, or discrimination. The theory suggests that—and seeks to examine how—various biological, social and cultural categories such as gender, race, class, ability, sexual orientation, religion, caste, age, nationality and other sectarian axes of identity interact on multiple and often simultaneous levels. 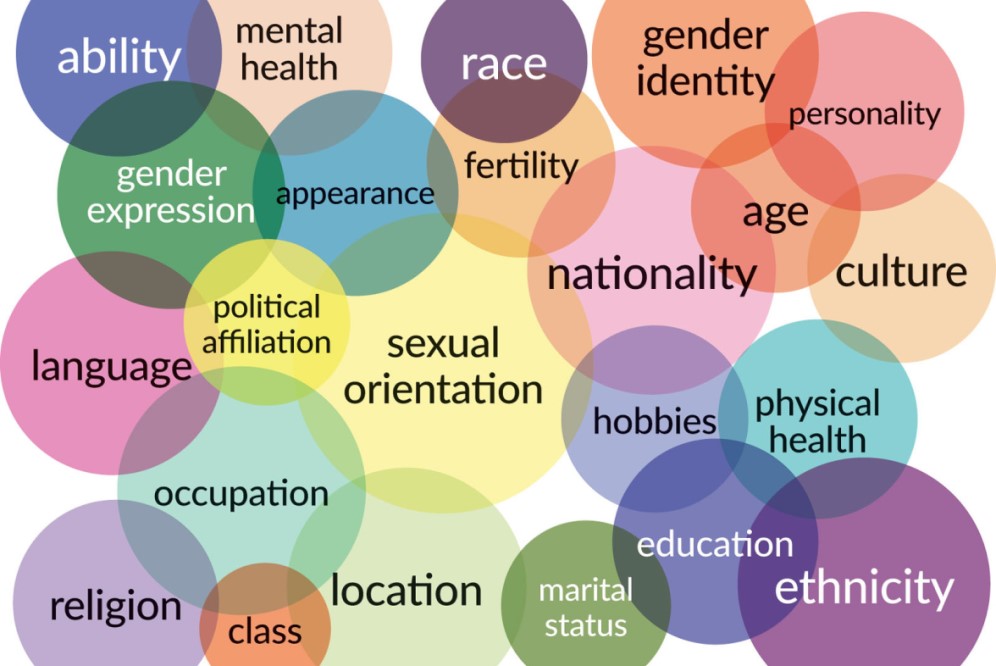 In other words, intersectional theory asserts that people are often disadvantaged by multiple sources of oppression: their race, class, gender identity, sexual orientation, religion, and other identity markers. Intersectionality recognizes that identity markers (e.g. “woman” and “black”) do not exist independently of each other, and that each informs the others, often creating a complex convergence of oppression (Leigh Chandler)