You may wish to begin your research by consulting reference books (e.g., dictionaries, encyclopedias, handbooks).  These may be in print form or in electronic form.  To see a list of some of the most heavily used reference books in political science, consider both of the following categories

In the Reference Collection @ Bird Library

Below is a brief list of some of the electronically available reference books in the field of political science.  For more, search the CREDOreference or Oxford Reference Online databases.

SU Libraries SUMMON search engine can help you gather background literature about any topic in Political Science. Depicted below is one simple visual example of a SUMMON search result. 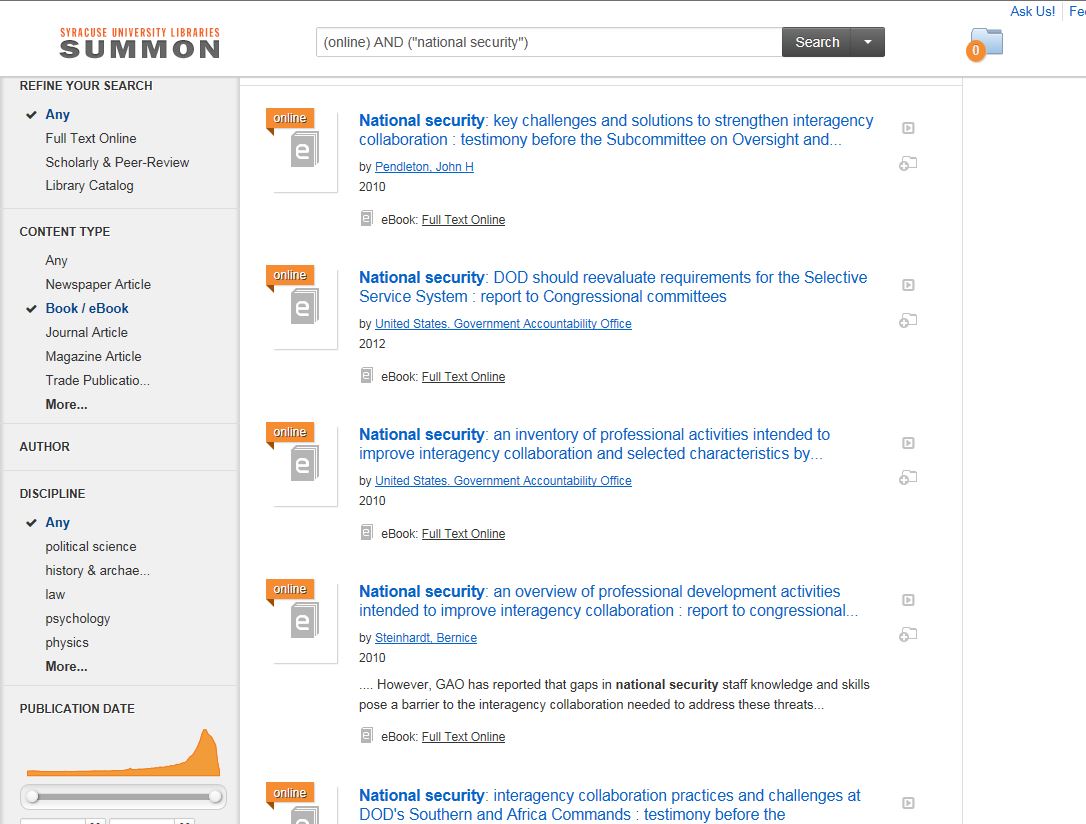