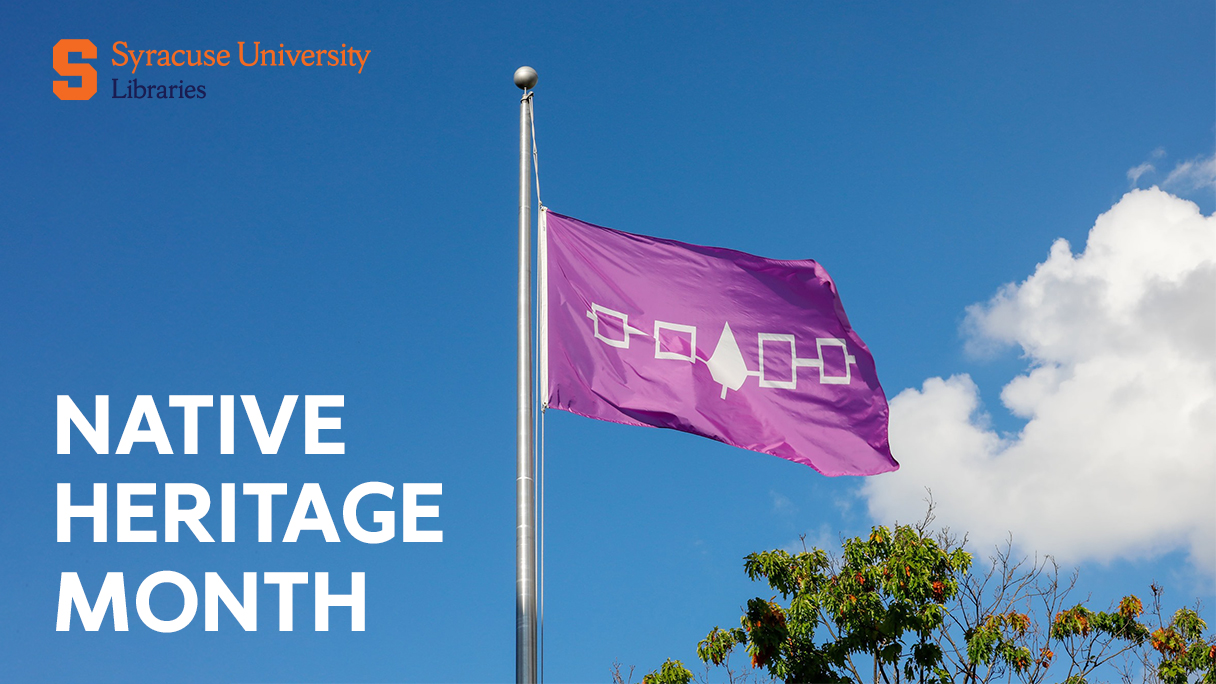 Explore the titles featured on this guide, and be sure to visit the in-person display on Bird Library 1st floor during the month of November.

For Native Americans, history did not begin when Christopher Columbus discovered the Americas in 1492. Prior to contact from Europe, Indigenous people cultivated the land and flourished in an organized society with moral codes, ceremonies, a complex political structure, and an economic system. State-funded public schools tend to favor a euro-centric approach, which is suffused with remnants of colonial ideologies.
This form of education is assimilative and harmful because it devalues Native American history and ancestry, and perpetuates damaging stereotypes about indigenous peoples. Many historians tend to dismiss Indigenous claims because they were not deemed valid by an “expert.” Unfortunately, Native American history has been taught in a declension narrative, which portrays them as an uncivilized and broken minority, that is not worthy of empathy.
As the curator of this display, I wanted to detach from colonial attitudes, and instead elevate Indigenous voices and cultural knowledge by selecting authors who are a part of the Haudenosaunee Confederacy or other Native American tribes in the United States. Natives scholars and community members must have sovereignty over their narrative, in order to combat distorted claims and pass down the cultural traditions to the next generation. Reconciliation requires honesty and public truth-sharing that addresses past harms, which is why I included written topics from
Indigenous authors about Indian Residential Schools, decolonizing methods, oral traditions, First Nation films, and Native American Literature.