This curation features memoirs and essays on the female experience throughout history. 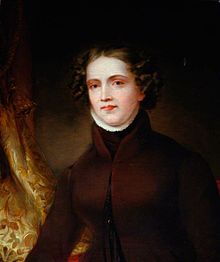 Dubbed as "the first modern lesbian," Anne Lister (1791-1840) was an English diarist from West Yorkshire, England. Her diary consist of details about her daily life and routine, as well as her relationships, financial struggles, opinions on local politics, and much more. Throughout the course of her life, her diary reached a length of five-millions words, expanding over twenty-six volumes and over three decades! Although her sexuality was no secret, some portions of her diary are encrypted in a code fabricated by her and Eliza Raine, one of her significant others. This code combined Greek lettering, punctuation, and mathematical and zodiac symbols. It was not deciphered until over a century after her death.

Use the Sex & Sexuality database to explore her diary!