This final installment in the paranormal series covers unusual happenings, conditions, and things.
Topics relating to the weird tend to slip in and out of vogue. In the 1970s there was much discourse on the Bermuda Triangle and pyramid power, in the 1980s cattle mutilations and alien abductions. As evidence inevitably revealed such phenomenon to be false or non-existent, tastes shifted to embrace less traveled paths into twilight realms.

Paranormal books were at their most popular in the mid-1970s. By the dawn of the 21st century the number of publications concerned with the odd had dwindled, supplanted by a widespread online community that has allowed believers and enthusiasts to share events as they happen. Despite great strides in recording and photographic technology, little new evidence has come to light.

When the thin veneer of normalcy that blankets our everyday world is pulled away, vast vistas of the unknown are revealed, populated by phenomena that objective analysis has yet to adequately explain. If it ever can. 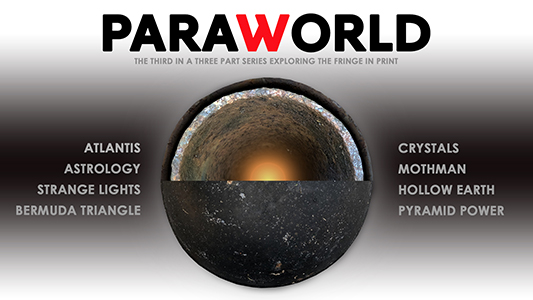