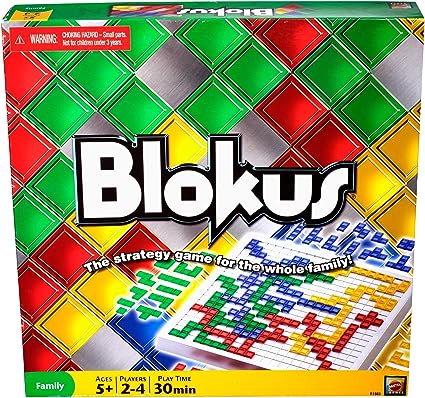 Blokus: The Strategy Game for the Whole Family!

Stake your claim and protect your territory by fitting as many of your pieces on the board as possible. Strategically block other players tiles as you attempt to cover the most amount of space on the board. The game ends when no more pieces can be placed down, and the player with the lowest number remaining wins. 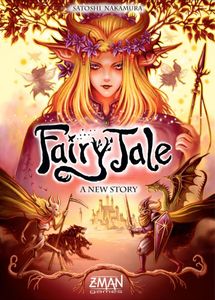 Shadows threaten the world of Dragons, Fairies and Knights. By choosing your forces wisely and anticipating your opponent's picks, it is within your power to control the outcome. This card based game will have you thinking ten steps ahead as you fight against your opponents to save the kingdom. The game ultimately ends after four rounds and the player with the most points wins! 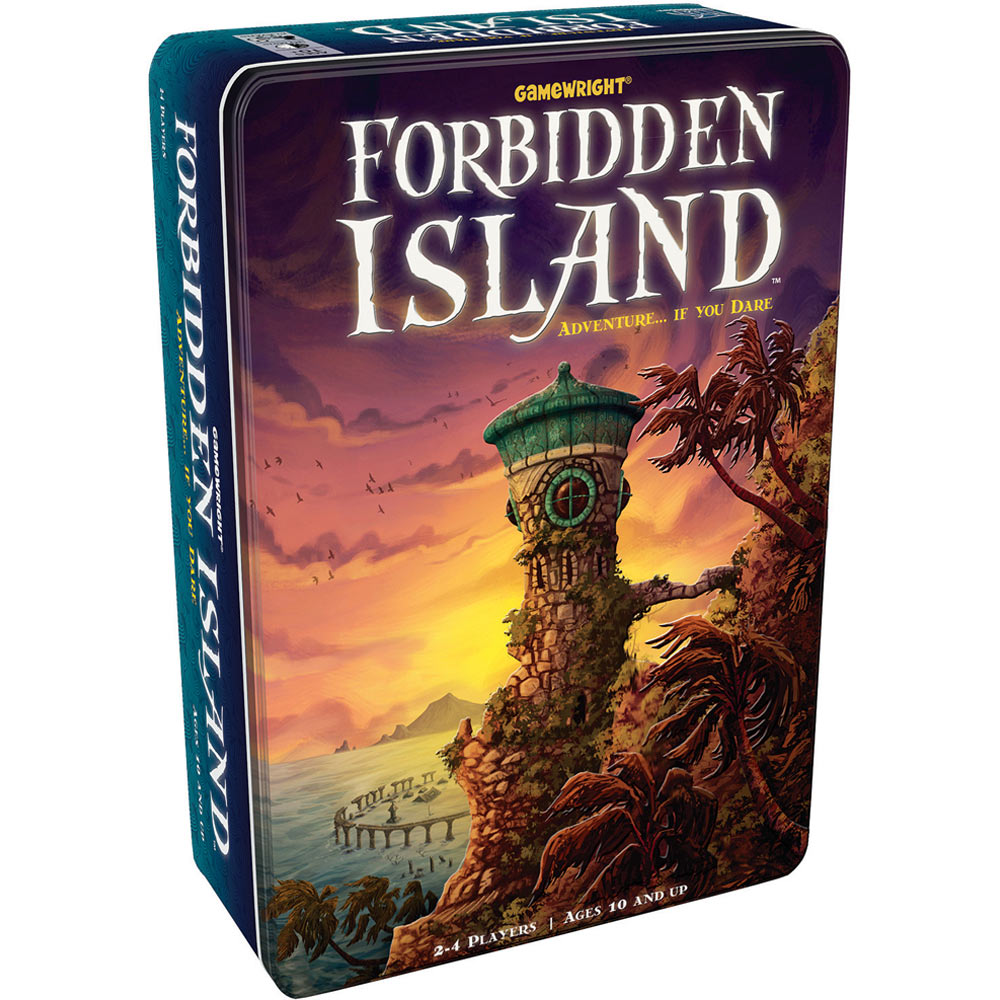 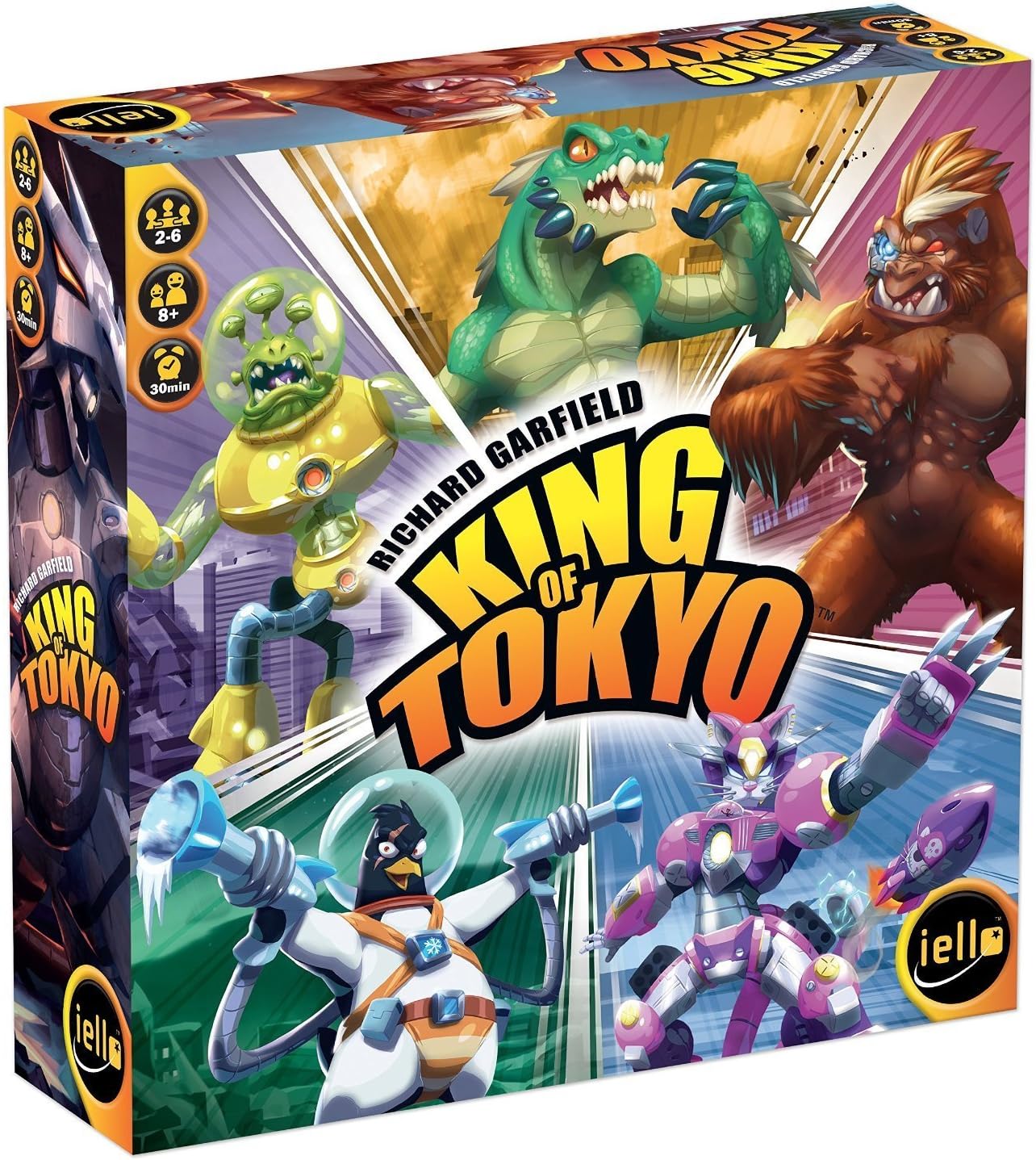 Play a GigaMonster on a rampage, destroying everything in his way! Roll the dice to get the best combinations to heal yourself, to attack, to buy special cards, or to gain Victory Points. It's up to you to choose the best tactic so you can become King of Tokyo just in time to get rid of all your opponents in one devastating attack... The first to gain 20 Victory Points - or the last Monster standing - wins the game! 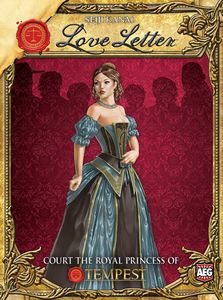 All of the eligible young men (and many of the not-so-young) seek to woo the princess of Tempest. Unfortunately, she has locked herself in the palace, and you must rely on others to take your romantic letters to her. Will yours reach her first? You and your friends must act fast to capture the princesses heart. Expose other players and knock them from the game, for only one can capture the heart of her royal highness. 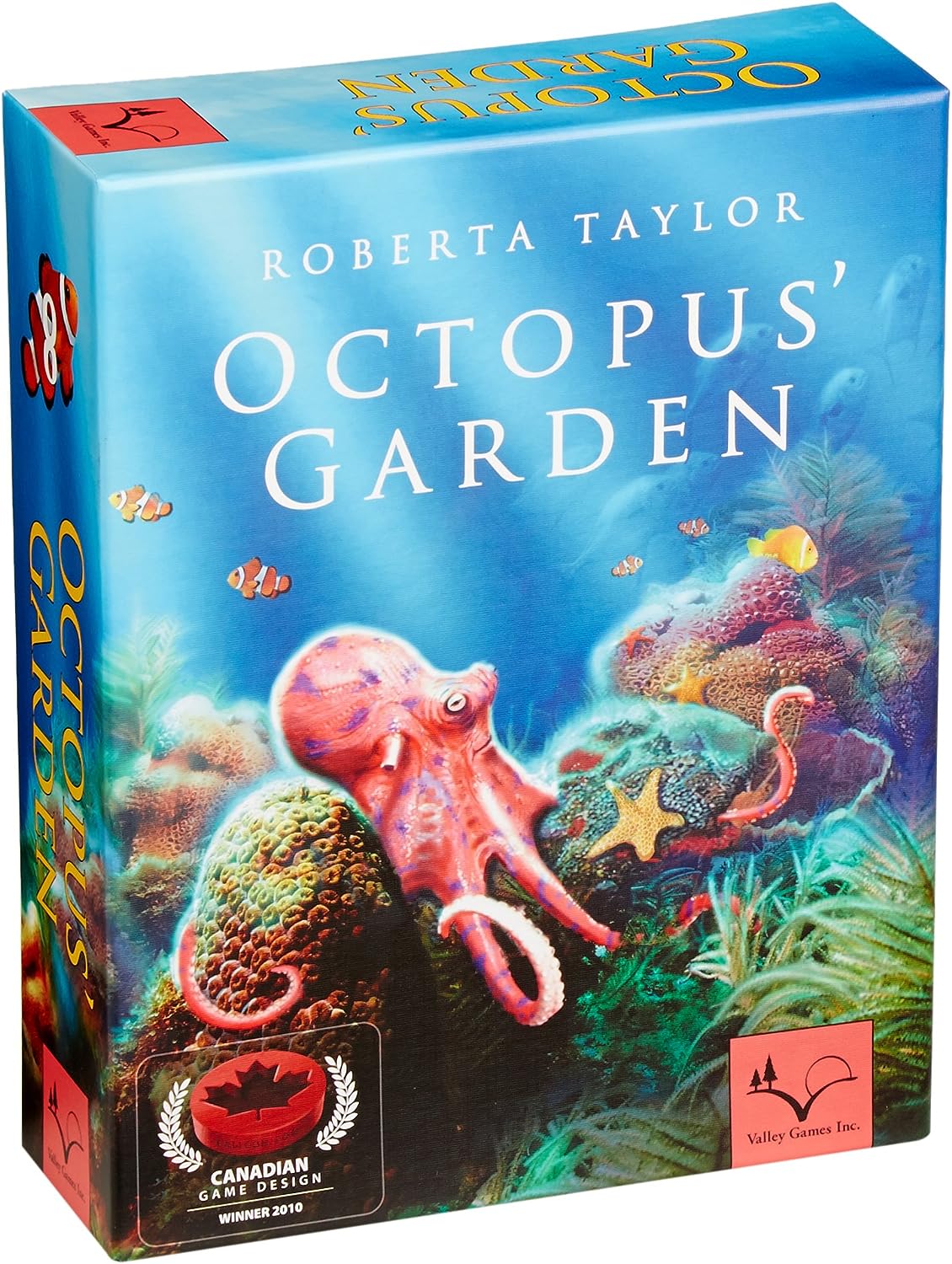 In Octopus' Garden, players take the role of octopuses competing to create the most beautiful gardens. Cultivate oysters for their pearls to purchase beautiful plants and animals for your garden. Attract colorful seahorses, sea stars and clown fish, but be careful, sea stars love to eat oysters! 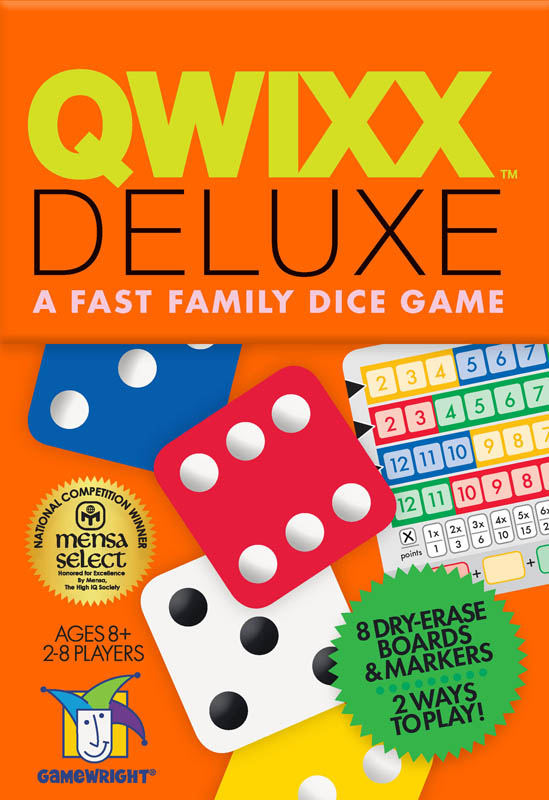 Qwixx is a quick-playing dice game in which everyone participates, no matter whose turn it is. Each player has a scoresheet with the numbers 2-12 in rows of red and yellow and the numbers 12-2 in rows of green and blue. To score points you want to mark off as many numbers as possible, but you can mark off a number only if it's to the right of all marked-off numbers in the same row. 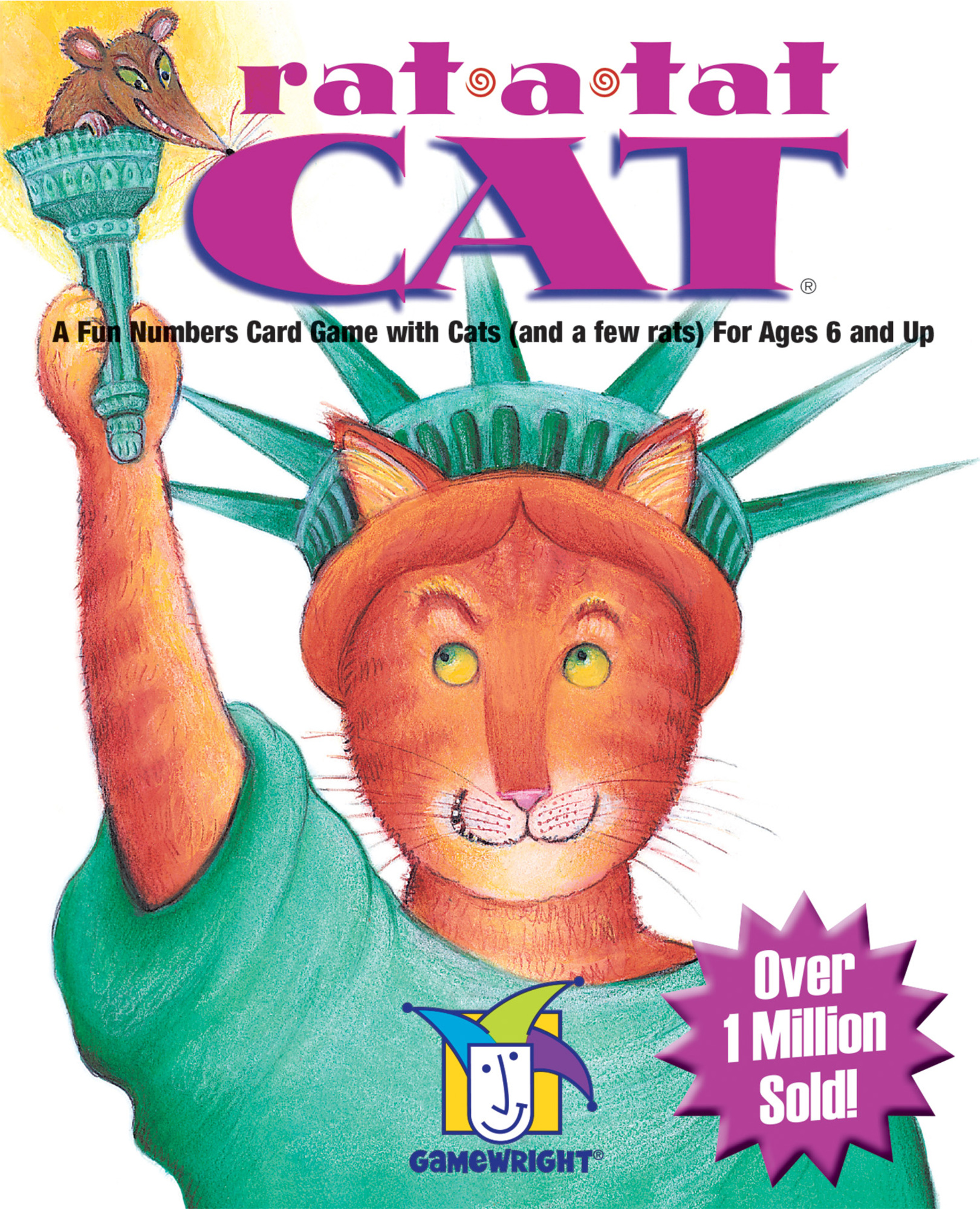 A fun numbers card game. Get rid of the rats and go for the cats! Win by having your cards add up to the lowest number (a poker face helps). Exchange a card on each turn, with Peek, Swap and Draw Two cards adding extra surprises. Players of all ages will delight over this game of strategy, memory and a little luck. 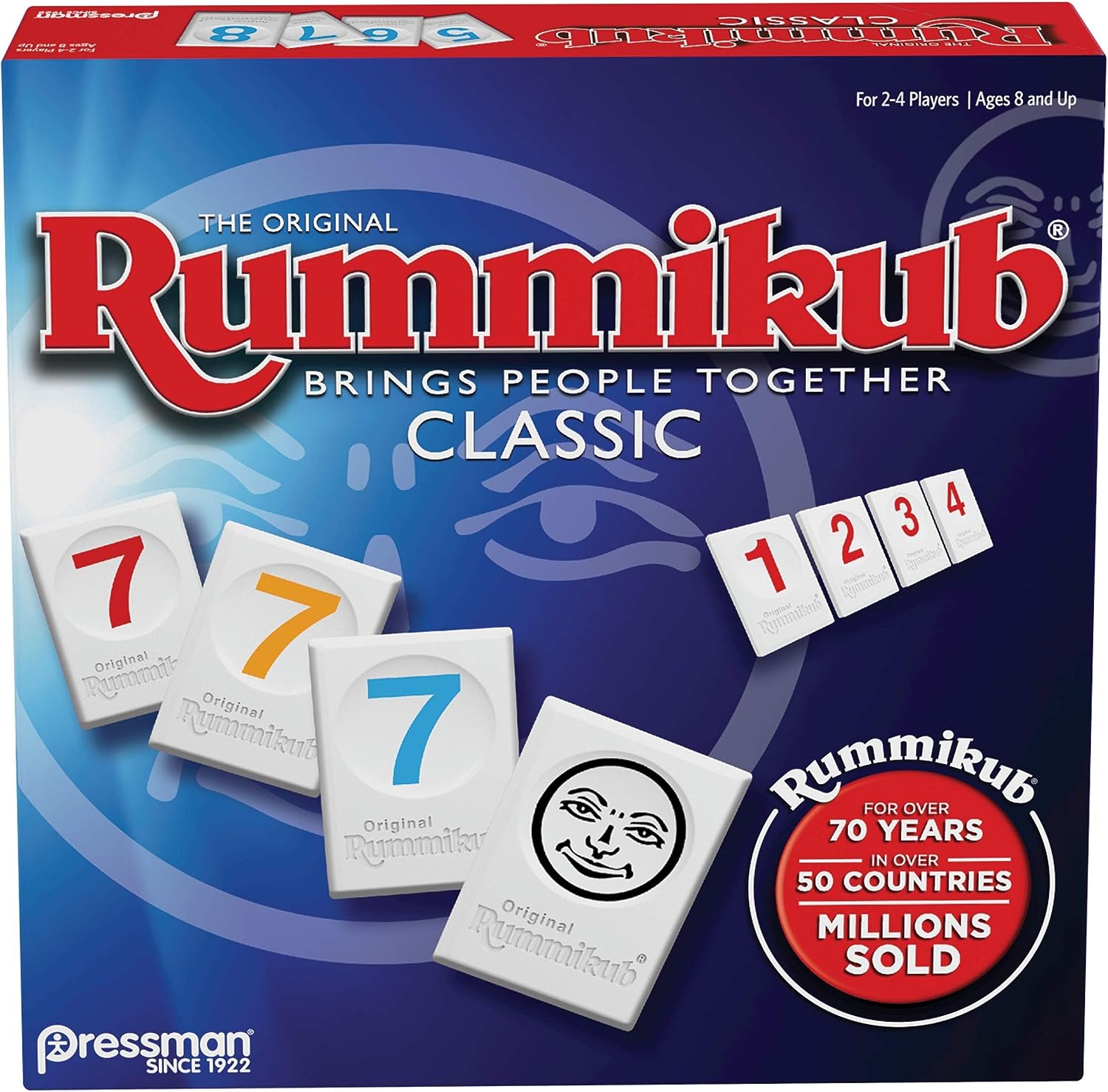 Similar to the Rummy that you play with cards - you try to get rid of all your tiles by forming numbers into runs of 3 tiles or more, or 3 to 4 of a kind. The colors of the numbers on the tiles are like card suits. This game may start rather uneventfully, but when the players start putting more and more tiles in play, the options for your upcoming turns can become more complex, challenging, and exciting. 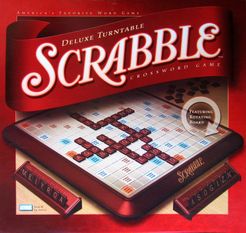 In this classic word game, players use their seven drawn letter-tiles to form words on the gameboard. Each word laid out earns points based on the commonality of the letters used, with certain board spaces giving bonuses. But a word can only be played if it uses at least one already-played tile or adds to an already-played word. This leads to slightly tactical play, as potential words are rejected because they would give an opponent too much access to the better bonus spaces. 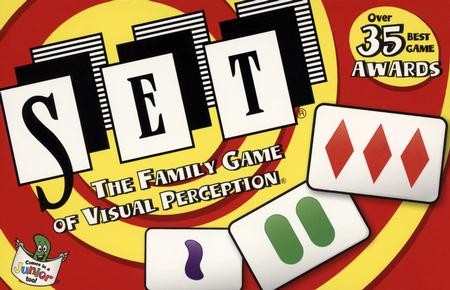 All players compete simultaneously and try to claim sets of cards in a single pass through the deck. A set consists of three cards that are either all alike or all different in each attribute. Race to find as many SETs as you can—the player with the most SETs at the end of the game wins! Play SET solo or with as many people as you can fit around the table! It’s perfect for travel, parties or as a quick after-dinner game. Fast-moving and fun, SET is a perfect for any get-together with family and friends! It’s triple matching mania that anybody can play, but nobody can stop! 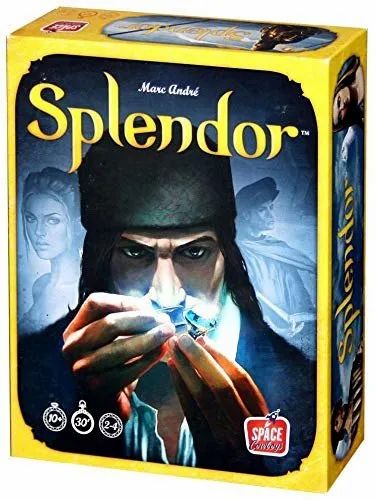 Players take on the role of a rich merchant during the Renaissance. Players choose tokens, purchase development cards, earns bonuses, and receive visits from noblemen in order to earn prestige points. Games ends when a player reaches 15 prestige points. 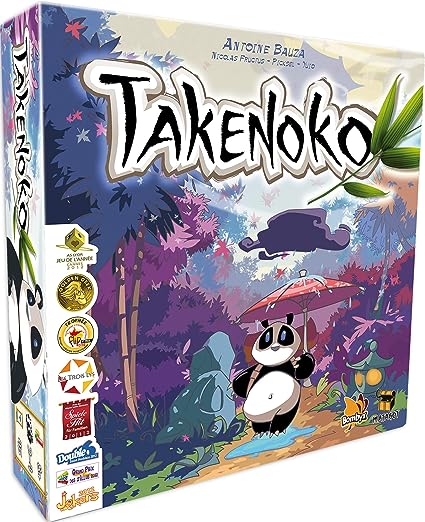 In Takenoko, the players will cultivate land plots, irrigate them, and grow one of the three species of bamboo (Green, Yellow, and Pink) with the help of the Imperial gardener to maintain this bamboo garden. They will have to bear with the immoderate hunger of this sacred animal for the juicy and tender bamboo. 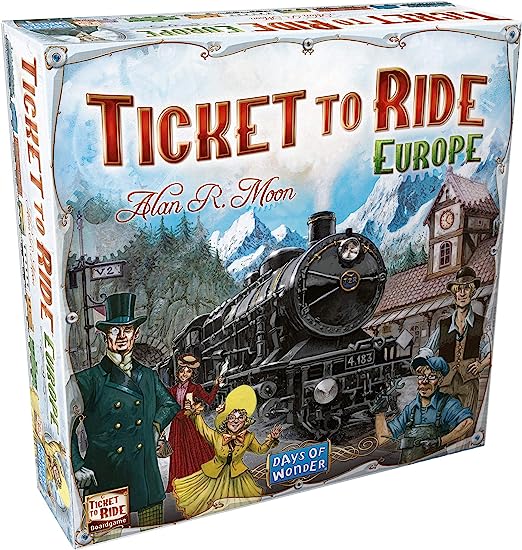 Players collect cards of various types of train cars, and use them to build stations, pass through tunnels and onto ferries, and lay claim to railway routes throughout Europe. Points are earned both from placing trains and completing tickets but uncompleted tickets lose you points. The player who has the most points at the end of the game wins. 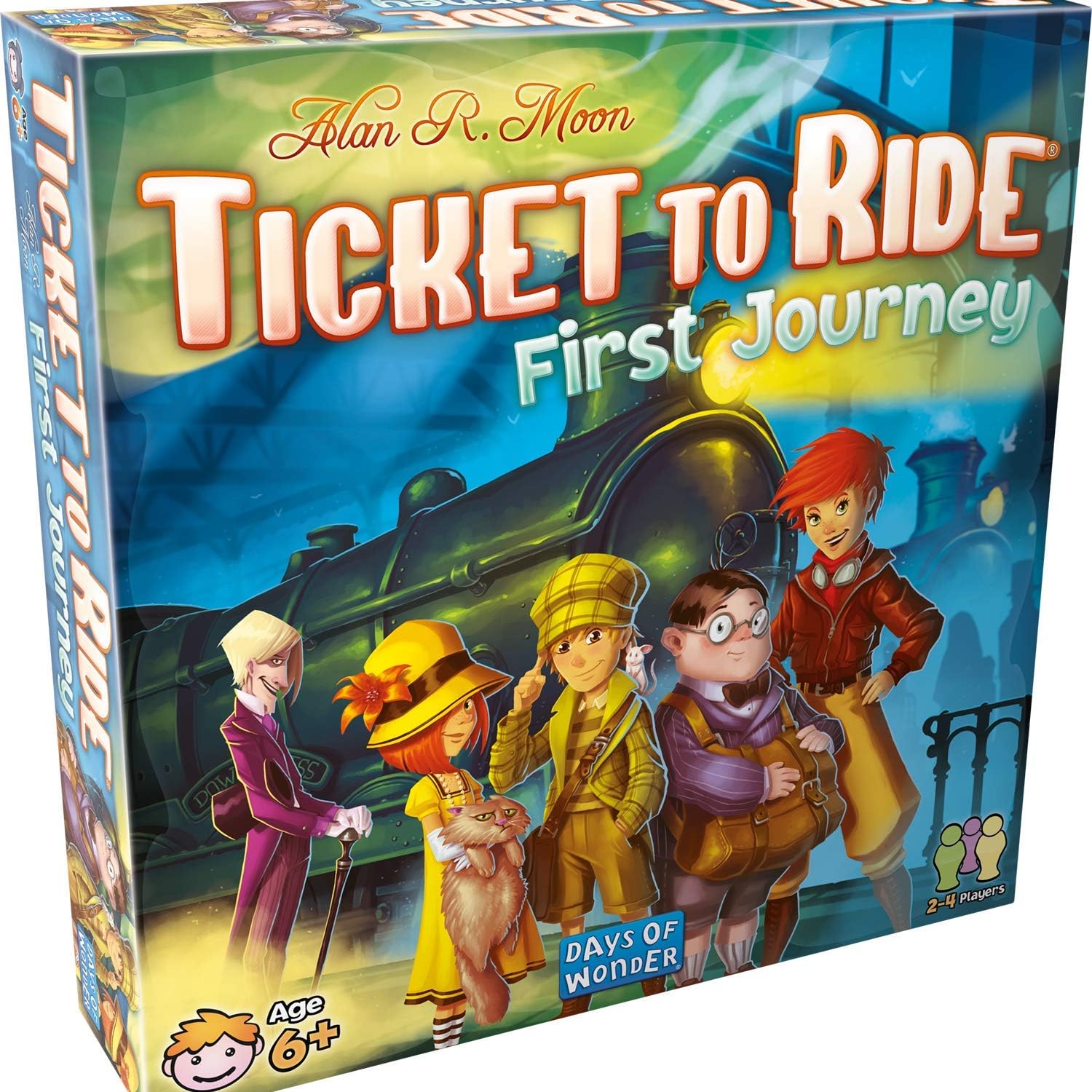 The game board shows a map of the United States with certain cities being connect by colored paths .Players collect cards of various types of train cars and use them to lay claim to railway routes throughout North America. The first person to claim 6 routes is the winner. 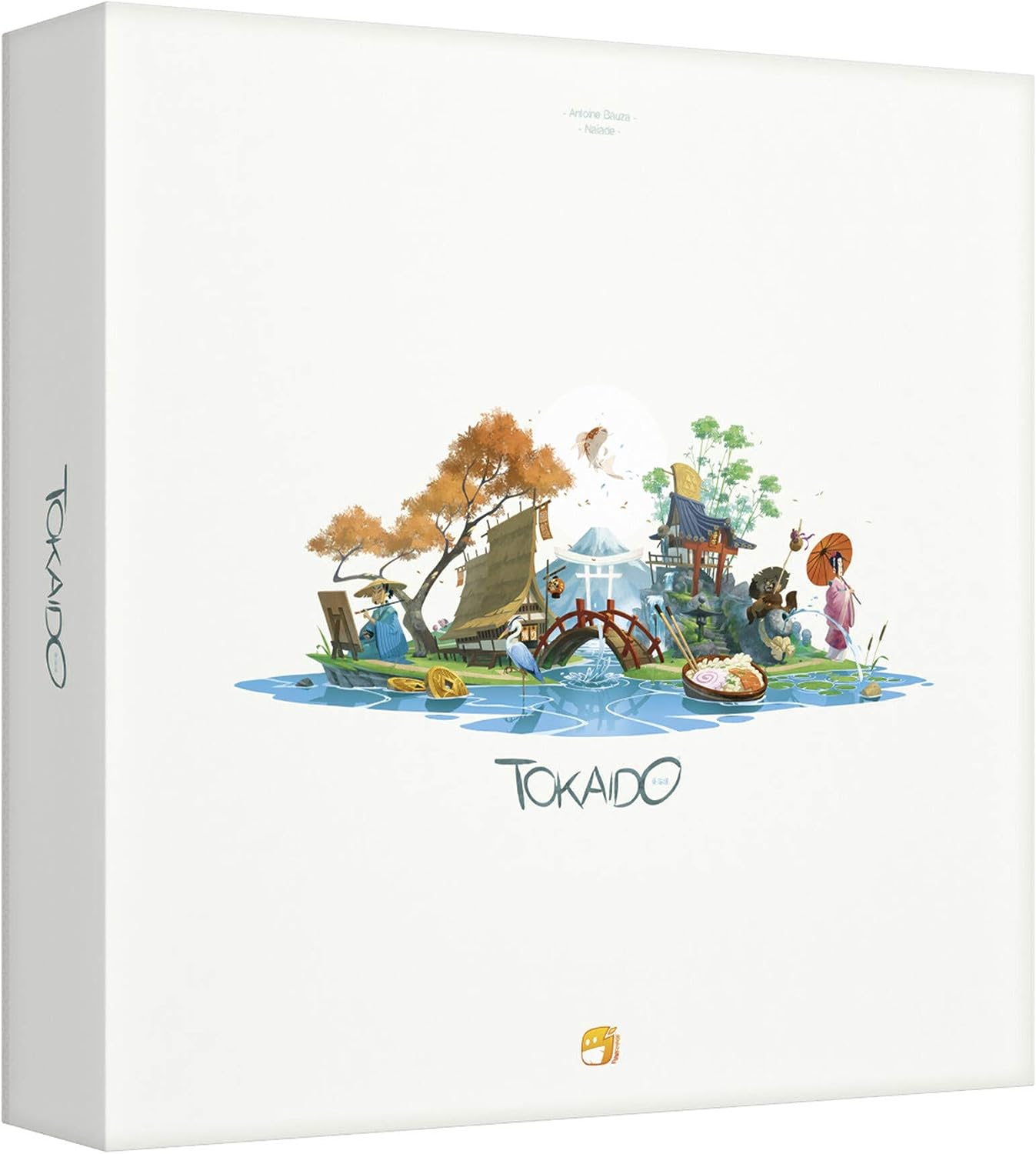 In Tokaido, each player is a traveler crossing the "East sea road", one of the most magnificent roads of Japan. While traveling, you will meet people, taste fine meals, collect beautiful items, discover great panoramas, and visit temples and wild places but at the end of the day, when everyone has arrived at the end of the road you'll have to be the most initiated traveler – which means that you'll have to be the one who discovered the most interesting and varied things.